The Production and Recording Process

My approach to producing a record


I will “move into your house.” In essence, I will become a temporary member of your band, working hard to understand each song, as well as the overall identity of the band.Together, we will collaborate to set up the context so that every song is recorded in the most true and natural way for that project and body of work; everything is recorded in a way that pays service to the music. The focus is on the performances, enhanced with the imagination of unique sonic colors.

We will spend plenty of time on the front end with initial discussions, pre-production sessions, and rehearsals in order to ensure that we’re set up for success once it’s time to begin recording in the studio.

Once in the studio, I will set up to record the entire band live, with each member arranged around the room in such a way that they could practically reach out and touch one another. There is a tremendous amount of excitement and energy when a band plays together. It’s very important to capture this so that it’s translated to the listener, and recording live in the studio is the best way to accomplish this.

I think of recording a song like a photographer thinks about taking a picture. I want to capture a moment in time. These are the key ingredients to making a record of an elite caliber – a record that signifies a life accomplishment. 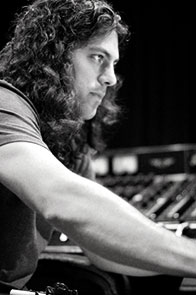 For the next few weeks, we’re going to be taking some time away from producing new episodes of The Modern Recordist, to create space for some other projects and behind... read more

For the next few weeks, we’re going to be taking some time away from producing new episodes of The Modern Recordist, to create space for some other projects and behind... read more

What services do I offer? Read about them here