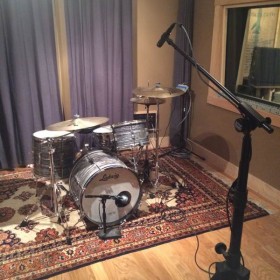 Complicated. Tedious. Confusing. When recording drums there are so many choices to consider.

What microphone do I use? Where do I position each mic? It can be a train wreck to your creative process.

And when you’ve scheduled time with your band to record, you want don’t want to get bogged down with the technical setup part.

You want to get into the creative music making part as fast as possible.

Capitalizing on your creative energy.

My general approach to life is “simple always wins”. It makes life more enjoyable and less stressful. When working in the recording studio this is how I survive.

Forget all the mics and other tedious variables that can wreck your creative vibe. Instead, use just two mics. This way you get your drum sound dialed in fast, and you’ve got a whole bunch of leftover mics you can use for other things. Like vocals. And guitars…

And how much better does it get that Brendan O’Brien, the producer/engineer behind such awesome rock bands as The Black Crowes, Perl Jam, Soundgarden, and Red Hot Chili Peppers, has a two-mic setup that he recommends for getting killer sounds?

Use one mic as a close mic for the kick drum. The most typical and predictable position is partially inside the sound hole of of a bass drum with a ported front head. 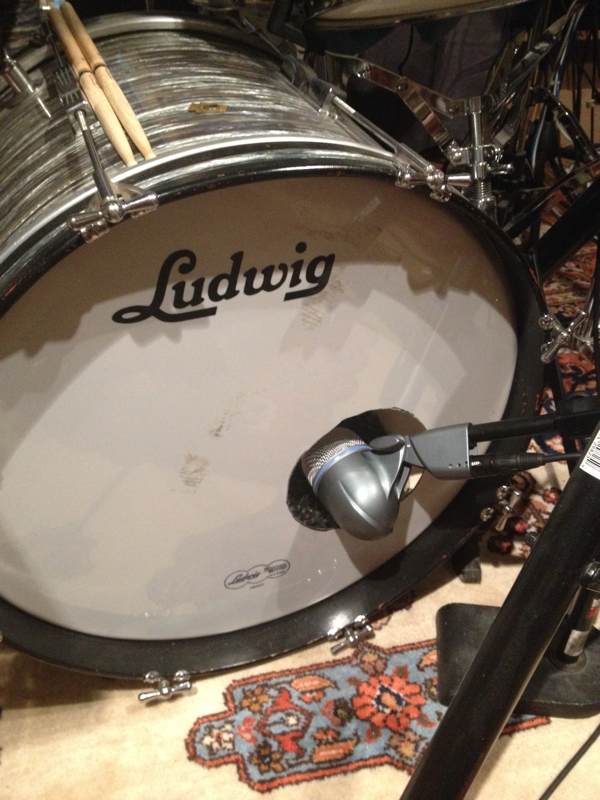 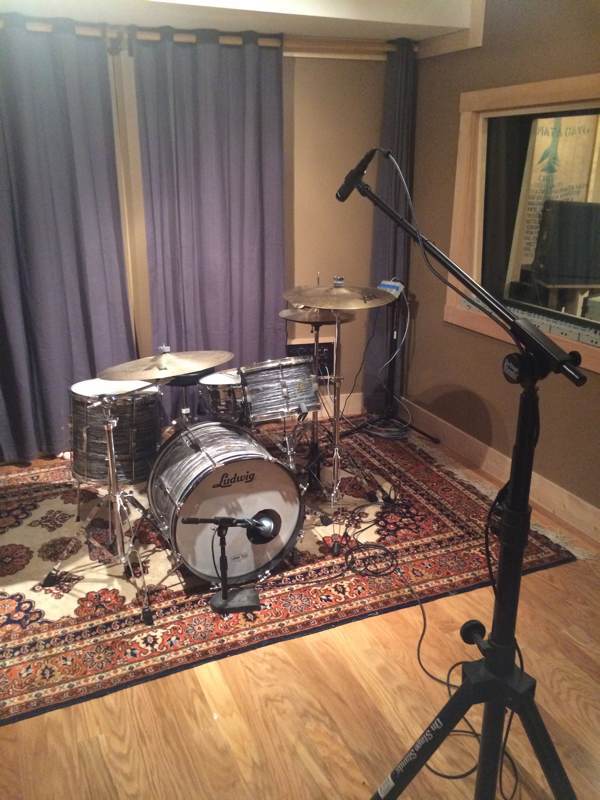 Here’s what the drums sound like when setting up just two microphones on the kit like Brendan O’Brien:

While O’Brien does make some particular microphone recommendations, his suggestions are very pricey vintage choices that cost thousands of dollars to get your hands on. Instead of obsessing over exactly what mics are best for recording drums, focus on getting the drums to sound good in the room. Then get into the creative process as quickly as possible.

(But if you can’t help yourself, and you just have to know what Brendan O’Brien uses to record drums, read below…)

Once you’ve got your hands on a good set of drums (honestly not that hard to come by with so many quality manufacturers these days), and you have a good drummer on hand, grab a couple mics and set them up like a hit producer/engineer.

BTW–If you’re dying to know what Brendan O’Brien uses for his two-mic drum recording set up here’s his suggestions, along with my more affordable recommendations: