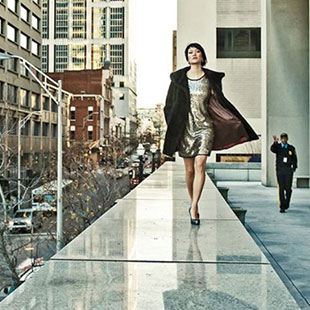 Here’s some of what I’ve been working on this year. But first a quick backstory…

2012 was an intense year for May Hwen, a recording artist based out of Nashville (and now Taiwan also). Right out of the gate she had just completed a killer project with her rock band, and was now not only working hard on all the supporting efforts for this project, but also finding her self busy in meetings with various interested industry folks, making plans to track a record for her solo project (an entirely different band), and even sitting down with me to schedule some co-writing sessions.

And that’s when things kinda got busted up. Anyone who’s been creating music for a while knows that sooner or later there’s bound to be a little drama in the process. I know I’ve experienced my fair share of troubles in a few of the projects I’ve been involved in. It’s just part of the process of this creative life.

So May found herself dealing with a little drama, and things needed to be restructured. After thinking through everything, May decided that what really made the most sense is to take the songs from her rock project, and just incorporate them into her solo project – collapsing two projects into one. So that’s what she did, and continued on making this new solo record she had been planning. Can’t knock this girl down, she’s pro!

Things continued along with the new record until about November of 2012, when May hit another snag. It seemed the creative process had hit a wall, and there was nowhere to go. Around this time my phone rang. It was May on the other end, but this time instead of calling to set up another co-write session, she wanted to enlist my help in the studio to get this project back on track.

Which brings us up to current times, and one of the great projects I’ve had the fortune to be a part of right at the beginning of 2013.

We spent a quick little series of planning sessions around the holidays in December of 2012, in which we brought the project over to my studio and I worked with May and her team of co-writers and musicians to figure out what challenges were derailing the creative process, what sound she was trying achieve, and what we needed to do moving forward to hit this mark.

January and February of 2013 were spent in the studio with me and May tracking new lead vocals, as well as a little guitar, trumpet, and cello. During these tracking sessions I was also working along side one of the co-writers on the project, Pete. We flew tracks back and forth to each other so he could put some new synth parts down, and further manipulate the other recorded tracks to fit with the electronic sound May was after.

We finished the project in March of 2013 with a solid week of mixing at my studio in Franklin, and a couple days of mastering with my old friend Netti. In the end, we came away with a killer record titled, Under Control, that artistically blends together various elements of jazz, soul, hip-hop, rock, and some electronic styles-all just in time for May to fly to Taiwan (May is half Taiwanese, and has a strong heritage and family based there) to play the Spring Scream festival and tour for a couple months. Like I said, this girl is pro.

Under Control will be released in the coming weeks on iTunes and around the net on various digital outlets, with other formats (such as physical) coming shortly after.