Warning: "continue" targeting switch is equivalent to "break". Did you mean to use "continue 2"? in /nfs/c02/h01/mnt/29682/domains/jonstinson.com/html/wordpress/wp-content/plugins/gravityforms/common.php on line 2846
 Recording Kopecky Family Band — Jon Stinson 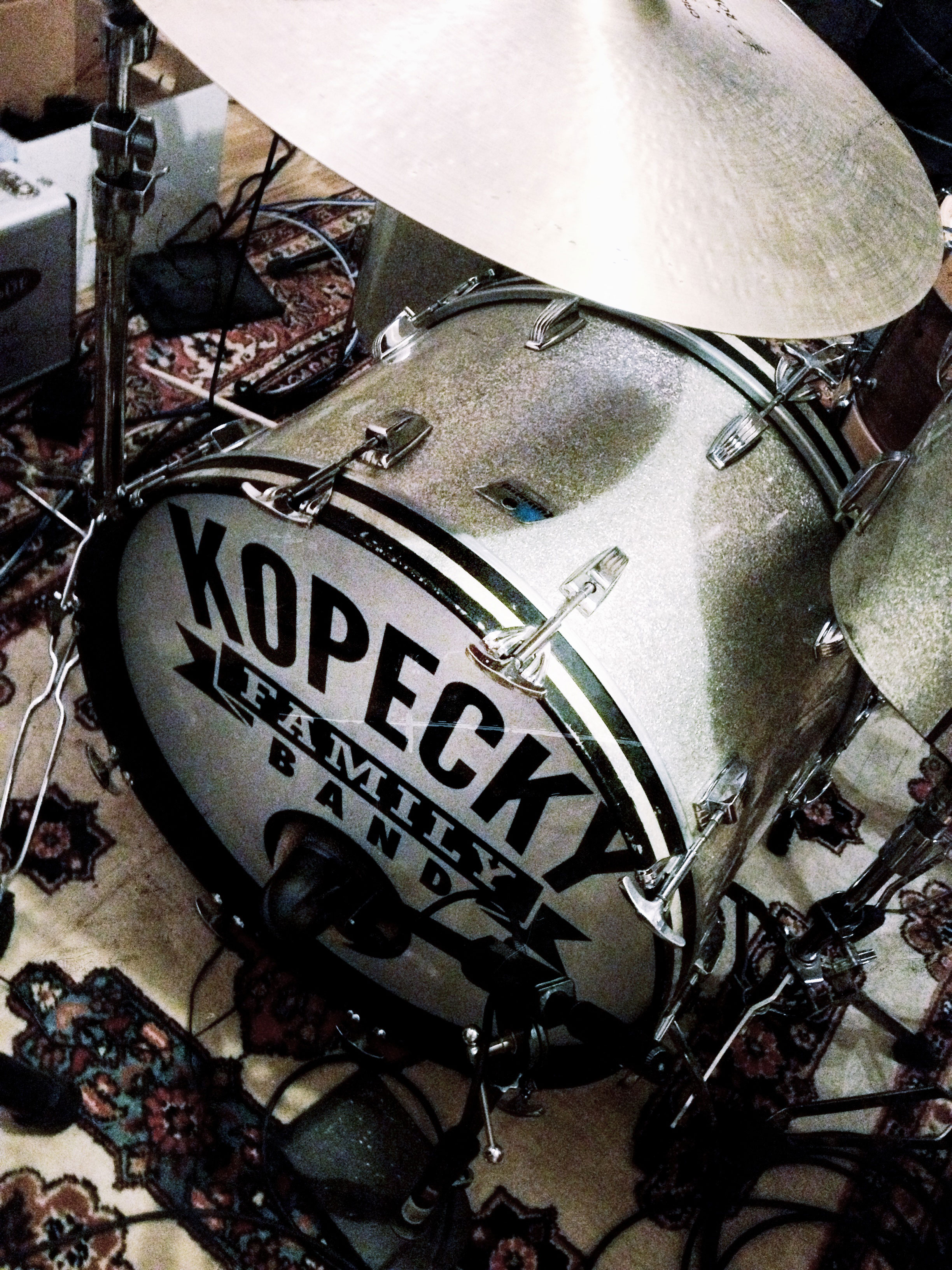 JD Tiner (my new studio partner) and I spent the very beginning of May working with Kopecky Family Band tracking and mixing a couple cover songs while they had a few days of downtime from being on the road. This was the first project we had the pleasure of recording after ingegrating my gear into the studio, and the first time I ever tracked or mixed anything at the new studio I’m now calling my home base, Glass Onion (I’ll share more about the studio move soon). 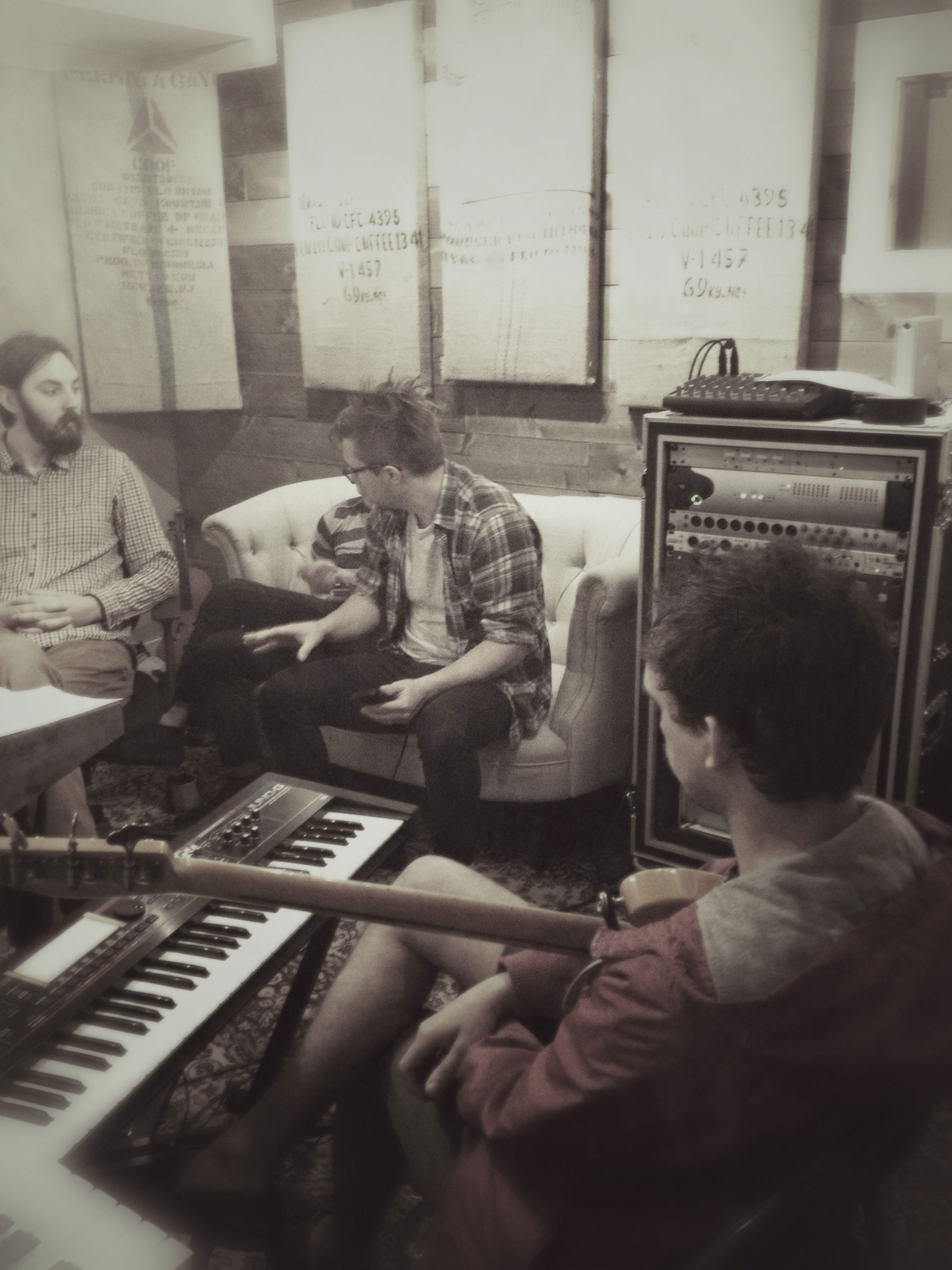 The first song we recorded was a cover of Bjork’s “Army Of Me” – one of my favorite Bjork songs. We set everyone up to track live, with the drums in the main tracking booth, the bass amp in an iso booth, and the guitar amps in our lounge area, which doubles as a nice sized auxilary tracking space.

Stephen (guitar) and Gabe (vocals/guitar) played and sang in the sound lock area between the main tracking booth and the iso/lounge/aux tracking space, while Cory (bass) sat next to the drum kit and jammed with David (drums). Markus (keyboards) hung out with me and JD all day in the control room.

I love Kopecky’s interpretation of “Army Of Me”. The song has a pretty driving drum and bass groove that loops consistently throughout the song, and Cory and David held this down solidly while Stephen and Gabe screeched some gnarly guitar riffs and noises over top. Markus played some riffs on keys using some pad sounds to add more texture and fill in more space. The end result was a super gritty-grungy track, which is very left field of what Kopecky’s typical style is. It turned out to be a beautiful sonic mess. Like exploding cans of paint in your living room.

The second day we spent tracking a cover of Fleetwood Mac’s “Tusk”. It was a pretty ambitious feat, as we had to replicate the marching band section. We tracked with the same basic set up as the first day, and after we had completed all the main tracks, we set up a ribbon mic for horns in our back, unfinished room in order to capture the sound of the horns reflecting off all the exposed concrete walls. We stacked nine tracks of horns, and it turned out brilliantly.

After we finished all the basic tracks and overdubs, we cleared out the main tracking booth to set up for vocal overdubs. Kelsey (vocals) stopped by to perform her parts, as well as contribute to the gang vocals.

The band’s interpretation of “Tusk” was fun and dancey. They essentially split the song into two halves – the first part being a driving build with David playing a groove on the toms while the horns layer up, and the second part having a more dance, four-on-the-floor kick/snare beat to it. All this while the whole band layered quirky gang vocals, voices, and laughter all throughout. It’s like partying with a gang of gypsies in the most fun way. 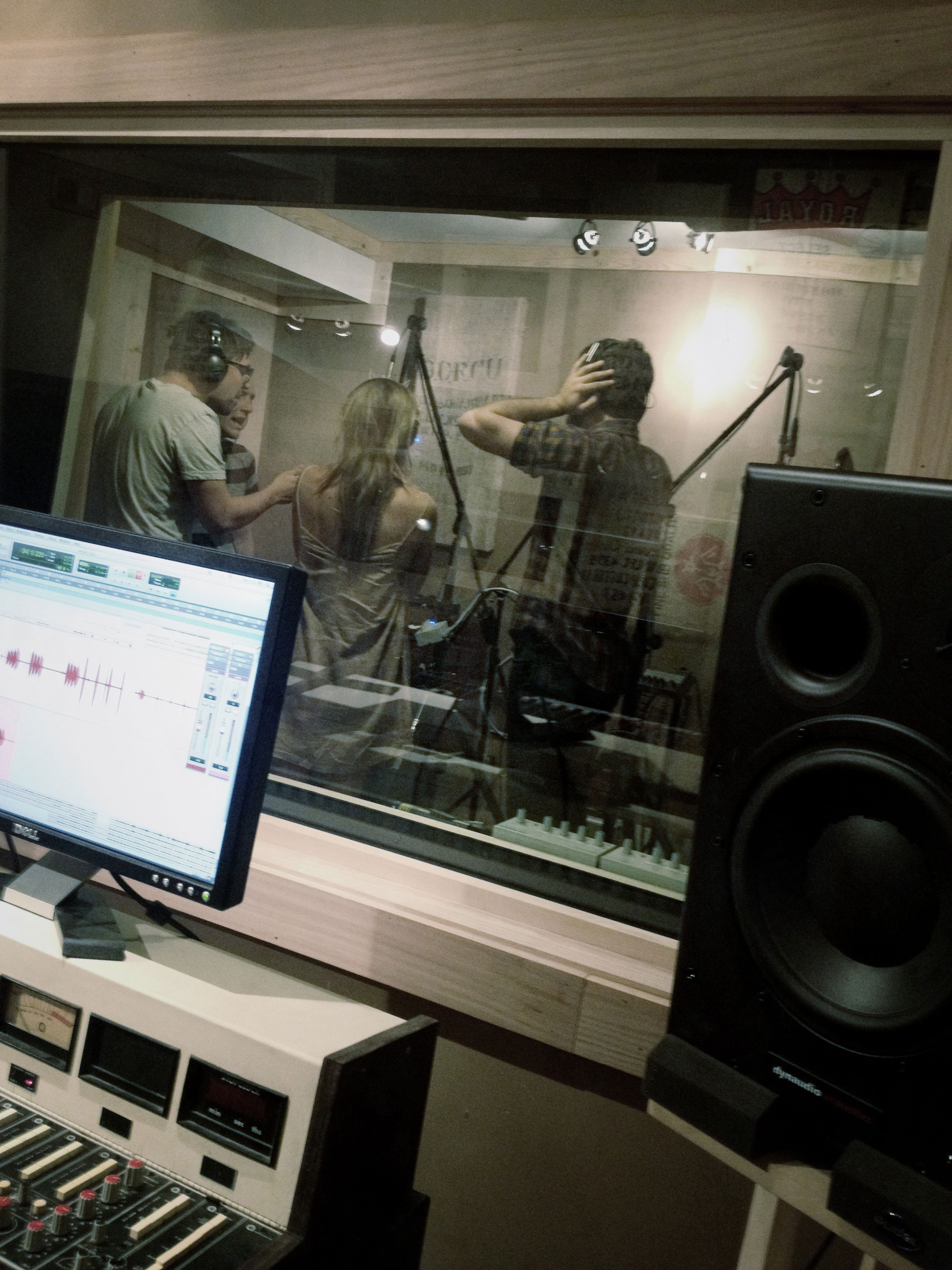 I couldn’t be more thrilled with the way these two tracks turned out, and with my initial experience tracking at Glass Onion. Kopecky Family Band are a great crew to hang with, and their music is super A plus. They’re currently on tour, so make sure you get out to a show if they’re rolling through your town.

Listen to Kopecky Family Band’s version of “Army Of Me” here: